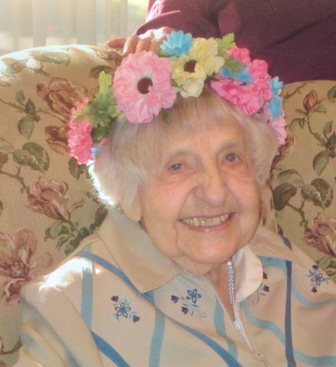 Anna Margaret Moras, a 37 year resident of the South Bay, passed away on Thursday, July 19, 2012 in Redondo Beach. Born in Ford City, PA, Anna was 97 when she died. She was a member of St. Lawrence Martyr Church for over 35 years. Anna is survived by her son, George Morris of Newport Beach, CA. She was preceded in death by her parents, Joseph and Josephine Klepac and her husband of 53 years, George. A gathering of family and friends will be held at Rice Mortuary in Torrance on Wednesday July 25, 2012 from 4 to 8pm with a Vigil at 7pm. The Service will be held at St. Lawrence Martyr Catholic Church in Redondo Beach on Thursday July 26 at 10am. Burial will follow at Green Hills Memorial Park in Rancho Palos Verdes.