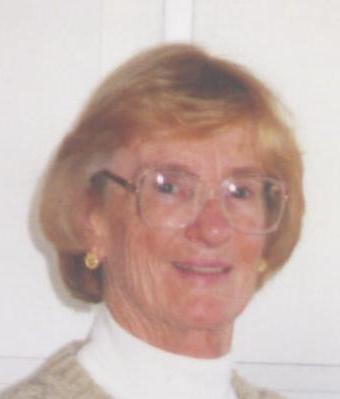 Ann Frances Ivons, a long time resident of Rancho Palos Verdes, passed away on Tuesday, March 18, 2014. Born in San Francisco, CA, Ann was 90 when she died. Ann was an accomplished homemaker and gardener in addition to functioning as bookkeeper for the family business, Wilmington Engineering, for many decades. She was an active member of St John Fisher Catholic Church and volunteered extensively in the community. She was preceded in death by her loving husband Charles; parents, Thomas and Mary Harrington; and sister, Peggy Strehlow (Bill). Ann is survived by daughters, Dr. Maryann Ivons and Sue Baugh (Bruce); son, Tom Ivons (Deb); brother, Michael Harrington (Mary); and grandchildren Colin Baugh, Nicholas and Victoria Ivons. The Memorial Mass will be held at St. James Catholic Church on Tuesday April 1, 2014 at 10:00 am. In lieu of flowers, donations may be made to Pediatric Therapy Network, Torrance, CA.