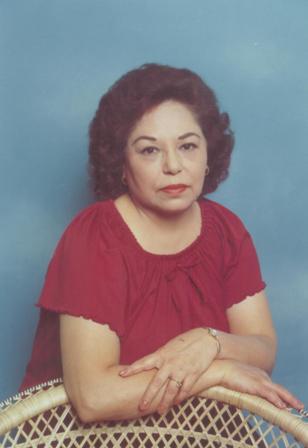 Angelina Cervantes Born January 1925; Passed away February 14, 2014; 89 years of age. Graduated High School in 1943: Garfield High School in Los Angeles. Survived by four children, eleven grandchildren, and several great grandchildren. Angie lost the love of her life Henry (Scarvie) Cervantes ten years earlier. They are beautiful members of the "Greatest Generation"; she enjoyed living in Carson, CA.. The South Bay gave her a life filled with the enjoyment of the ocean, Ports of Call, Catalina Island and the greater harbor area. Angie's sense of humor, her love of anything that was "John Wayne", "good food", "good music and dancing", and "family" made life with Angie something special. Angie is sorely missed and will always remain in our prayers. Angelina Cervantes will be joining her husband with a burial at sea on March 30, 2014.