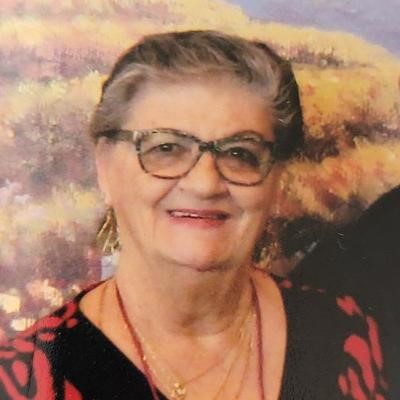 There are no words right now that can express our sadness and the huge loss that our family is feeling by the recent passing of our Mother, Grandmother, Sister, Aunt, and Friend. Angie went to heaven peacefully with her family by her side at Torrance Memorial Hospital in Torrance, CA. Angie was 85 years old. She was born in Los Angeles and was one of four children to Guiseppe Badalamente and Yolanda (LaPorta). Angie grew up in the Lawndale area and attended Leuzinger High School. She made many friends in high school and kept in touch with some of them for all these years. At an early age Angie worked at Pacific Semi-Conductor Electronics where she met her soon to be husband, Don.  After PSI, Angie regularly worked with the Elks Lodge of Hawthorne and then began working as a Matron Officer for the Hawthorne Police Department. During her time with the Hawthorne PD, she honed her shooting skills and became a marksmen sharp-shooter. After many years at the Hawthorne PD, she became a security supervisor at the Garrett AiResearch facility in Torrance. She would walk the facility at night with a 38 on her side. She was always known as a tough lady with a giant heart. She would help anyone that needed help, anytime she could.

After she retired from Garrett, she and Don began to plan their retirement. She became involved in her Leuzinger high school alumni committee and re-united with more of her high school friends. She was also very active in multiple bingo groups and made many lifelong friends through these get-togethers. Angie and Don  spent many of their retirement years traveling from Torrance to Laughlin, NV and to Lake Havasu, AZ where they enjoyed boating and fishing. They shared many family vacations at Lake Havasu with kids and grandkids and taught the youngsters how to bait a hook and catch a fish.

Angie was part of a large loving Italian family that enjoyed getting together and cooking, eating, laughing and hugging. She really looked forward to all holiday get-togethers where she would see her sisters, brother and all of her family members.  She was preceded in death by her loving husband Don and older brother Ben Badalamente. She leaves behind her sisters Josephine Musso, Florence Shaw, her daughters Sheryl Martinus and husband Fred, Linda Shapleigh and husband Ted, son Bob Lumley and his wife Fawn, ten grandkids, ten great-grandkids and one great-great-granddaughter.

Services will be Saturday June 26, 2021 at 4:00 pm at Lighthouse Mortuary, 5310 Torrance Blvd, Torrance with family invited to viewing at 2:00, and friends at 3:00. There will a reception following the service.