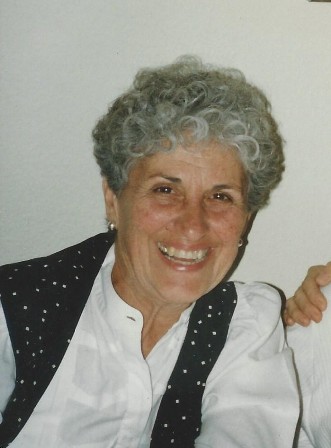 Pina Fisher enjoyed a long life of family, fun and travel over her 92 years on the earth. Born Andronickie Pappas on November 3, 1925 of Greek immigrant parents, her early years were spent in Santa Ana, CA. Growing up with four sisters and a brother, she excelled in sports and academics, and was elected as the first female student body president of Julia Lathrop Junior High School. One of her tennis partners was a neighbor who went by the name of “Bud” Brando, whom the world would come to know as Marlon Brando. After serving at Girl's League president, being crowned Senior Class Queen, and compiling an impressive academic record, Pina graduated from high school at the age of 16 and proceeded to find employment at El Toro Naval Air Station while pursuing her studies at Santa Ana JC and UCLA. She eventually wound up at Santa Barbara College, now UC Santa Barbara, where she met a recently discharged Naval aviator from Fullerton, CA named Carl Fisher. Carl, noticing the beautiful Greek girl, introduced himself by saying “I hear you're from Santa Ana,” Pina would recount years later. Pina and Carl were married on February 16, 1947 and honeymooned at the Mission Inn in Riverside. Following Carl's graduation from college, the pair moved to Hermosa Beach, where Carl began a career in education at Pier Avenue Jr. High School. By 1958, Carl had moved on to become an administrator at Mira Costa High School. The family, which now included three boys, Bill, Scott, and Barry, built their home at 144-34th St., still in the family today. A daughter, Melissa, was added to the mix in 1960. Pina was the consummate homemaker. She loved to cook and garden. Family life centered around sports, the beach, and Mira Costa, where Carl became principal. The home was a popular gathering place for friends, and Pina was often found in the kitchen cooking for an extra mouth or two. Her patio, with its bright blooms and lush foliage, was a great source of pride. Summer camping trips to Huntington Lake in the Sierras were an annual rite. Pina also found time to serve as Vice President of the Sandpipers, a local women's philanthropic organization, and served on the L.A. County Grand Jury in 1981-82. The couple enjoyed a wonderful retirement. Buying a VW camper van in Germany, they wound their way throughout Europe, camping all the way for months at a time. This was repeated later on. Frequent trips to Costa Rica, Mexico, Alaska and the South Pacific were also on the travel itinerary. They loved entertaining and celebrated many holidays and family events the at the family home with their friends, kids and grand-kids. Invariably these get-together produced many photos in which Pina's thousand-watt smile was on full display. Pina was predeceased by her parents Nick and Athanasia Pappas, husband Carl, son Bill, grandson Tommy, sister Lola Krenwinkel, and brother Bill Pappas. She is survived by her children Scott Fisher (Teresa), Barry Fisher (Silvia), and Melissa Lau (Clint), sisters Mary Taylor, Helen Watt, and Barbara Forgy, grandchildren Natalie Ochs (Brennan), Andrea Fisher, Cristina Fisher, Cisco Fisher, Alex Fisher, Eric Fisher, Peter Lau, Erica Lau, Duncan Lau, Paolina Fisher, Daniel Fisher, and great-grandchildren Peyton Ochs and Henry Ochs. The family would like to thank Pina's companions, Ana Grande and Marie Olmstead, for taking such magnificent care of her. They are especially grateful to the extended Mira Costa Mustang family for their continued loyalty and friendship over the decades. A celebration of Pina's life will be held on Friday, March 9 at 10:30 AM at St. Cross Episcopal Church, 1818 Monterey Ave., in Hermosa Beach.