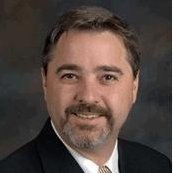 Born on April 23, 1963 in Mountain View, CA; he passed from this life on Sunday, May 4, 2014 in Honolulu, HI, while swimming in the ocean. At the time of his death, he was vacationing on Oahu with his wife of the past 18 years, Cristine Wolf. Andy was a faithful member of our congregation--he officially joined the church in 2008, having first come to the congregation with Cristine. A Roman Catholic from childhood, he had a deep faith that sustained him through life. Andy worked for the Aerospace Corporation for the past 21 years, and at his death was serving as Principal Director for Technology Transfer and Commercialization. He received an Executive MBA from Loyola Marymount, and a BS degree from California Polytechnic State University-San Luis Obispo. A memorial service will be held here in our sanctuary on Saturday, May 17 at 1 p.m., with a reception to follow; a funeral mass will also be held in Palo Alto the following weekend. Condolences can be sent to Cristine Wolf, 2407 Harriman Lane, Unit B, Redondo Beach, CA 90277.