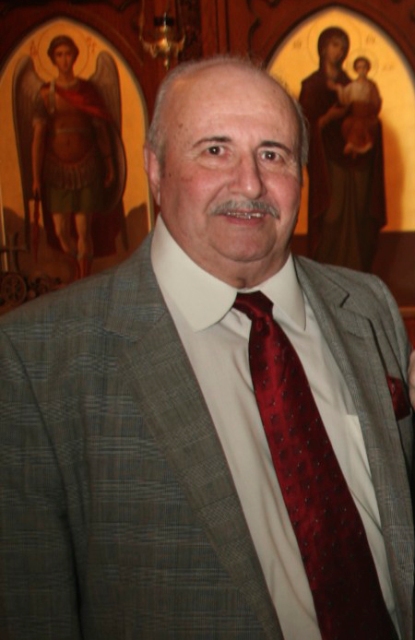 Anastasios (Tom) Antonios Athanitis passed away peacefully on October 3, 2018 at his home in Torrance. Tom was born May 5, 1935 on the island of Lefkada, Greece. He was the third son of Eleni and Antonio Athanitis. In 1956, Tom immigrated to Denver, Colorado, intending to stay only a couple of years. He took a job in a restaurant owned by friends of his father. The plan to return to Greece changed once he met Pagona Cavadas who was visiting mutual friends in Denver in 1959. Within two weeks, Tom and Pagona were engaged. They were married in July 1960 and settled in Los Angeles where they raised three daughters, Helen, Georgia and Dina. Prior to becoming an American citizen, Tom served his adopted country in the Army National Guard, including four years as a reserve. He was honorably discharged in 1963. Tom was in the restaurant business for over 50 years, finally retiring in 2012 at age 77. Tom’s greatest joy was his family, especially his five grandchildren. Tom will be remembered as a loving, hospitable and generous man with a huge heart. One seldom left Tom’s home without some lemons or fruit from his garden, some food or pastries which he had lovingly prepared, or dollar coins or cash if you were one of his lucky grandchildren. He was an avid sports fan, loved his Greek television and enjoyed cooking. Tom is survived by his wife of 58 years, Pagona, daughter Helen and son-in-law Andreas Terzis, daughter Georgia Athanitis Goergen and daughter Dina and son-in-law Elias Eleftheriou, grandchildren, Eleni, Christina, Natasa, Andonia, and George. Tom is also survived by numerous extended family in Lefkada. Tom also leaves his devoted dog, Louie, who brought him so much joy in his retirement and who is lost without his best friend. Tom is preceded in death by his parents and brothers, Telemachos and Xenofondas. Trisagion service is October 9, 2018 at 7:00 pm at Rice Mortuary, 5310 Torrance Boulevard, Torrance, CA. Funeral is October 10, 2018 at 10:00 am at St Katherine Greek Orthodox Church, 722 Knob Hill, Redondo Beach, CA. In lieu of flowers, donations may be made to St. Katherine Greek Orthodox Church Building Fund. May his memory be eternal.