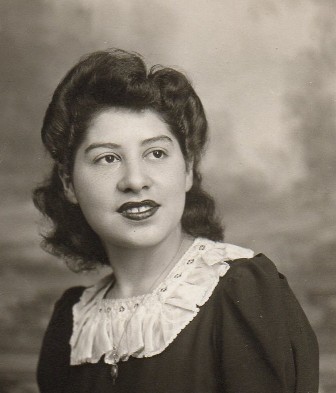 Amelia Mora (Fontanez) January 10, 1922 – December 29, 2016 Amelia Mora, beloved mother of Peter Mora, Janet Mora, Elizabeth Back, and Carol Lubs, passed away peacefully on the morning of December 29, 2016. She was born in Fajardo, Puerto Rico and immigrated by boat to New York at the age of 4. She was part of a large family, 3 sisters and 8 brothers, and married Pedro Alejandro Mora on May 8, 1942. Pedro was also part of a large family, having 8 sisters and 4 brothers. Amy graduated from the Ballard School of Nursing and worked as a nurse while Pedro served in World War II. Pedro returned from the service with injuries, which required convalescence and surgery. In 1958, Amy moved to southern California, graduated from Harbor College and obtained her license as an LVN for practical nursing in California. After Pedro's death in 1962, she raised and provided for her children as a single mother working as a nurse. Amy led a life faithful to her church, her family, and her extended family. She enjoyed travelling with friends and family and loved sharing stories of those trips. She belonged to the service groups Gold Star Wives and VFW, as well as doing volunteer work for her church. She remained close to Pedro's family, many of whom live in Southern California. She tragically lost daughter Elizabeth Back in an automotive accident in 2002 and great grandson Martin to Batten Disease. She is survived by 6 brothers, son Peter, daughters Janet and Carol, 7 grandchildren, and 8 great grandchildren. Services will be held at Lighthouse Memorials & Receptions McMillan Center, 1016 W 164th Street, Gardena, California at 11:00 a.m. on January 21, 2017. Interment will be at Fort Rosecrans Cemetery in San Diego at 11:30 a.m. on January 24, 2017. Donations can be made to VFW Auxiliary (vfwauxillary.org), (Member #180489), Gold Star Wives of America, Inc.(www.goldstarwives.org), (Member #122040 South West Member-at-Large) or Journey of Faith, Builders Class (www.journeyoffaith.com).