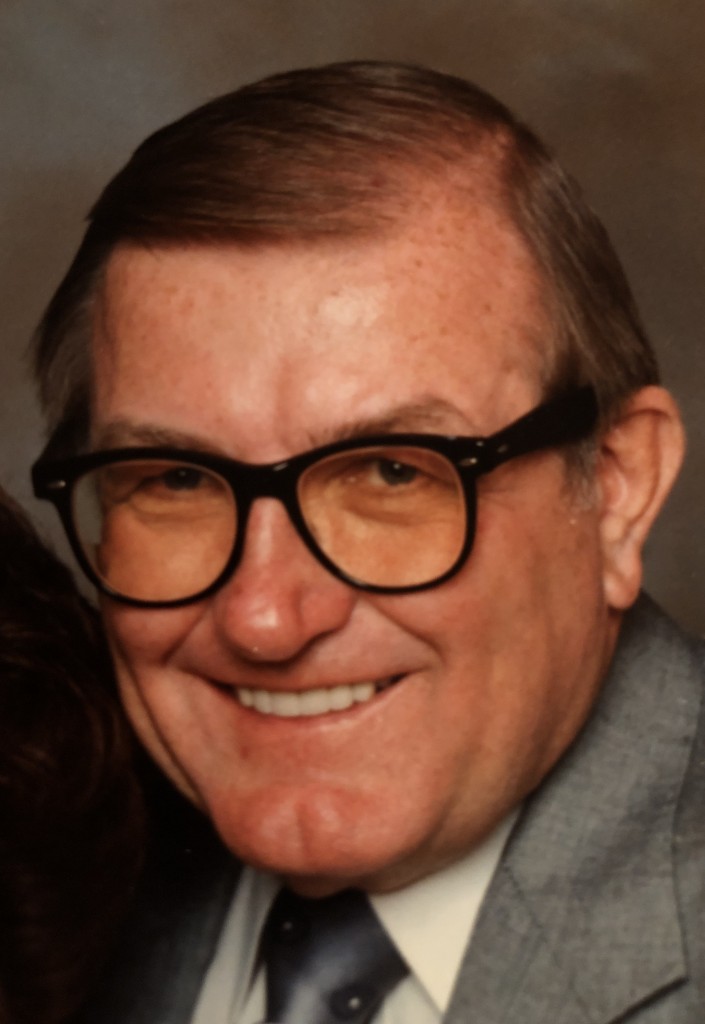 Alyn Stanley Brass, born September 8, 1931 in Rushmore, Minnesota, passed away peacefully on December 11, 2017 in Torrance at the age of 86. He leaves behind his beloved wife of 42 years, Gloria Brass (Moungian) and his two sons Michael (Donna) and Patrick from his first wife Diana Engler (Rubino). He also leaves behind his brother Kenneth (Lavinia), sisters Lynda DiGiaimo (Paul) and Marlene Rodgers, and grandsons and great granddaughter. He was predeceased by his daughter, Kathleen. Alyn was raised in Worthington, Minnesota by his parents Albert and Alvina Brass. The family moved to Southern California around 1945. They first settled in Gardena, then moved to Inglewood, and finally Hawthorne - taking advantage of the post-war housing boom as his father Albert was both a carpenter and a builder. Alyn graduated from Inglewood High School in 1949. He went straight into El Camino College, as he quickly discovered swinging a hammer part-time during high school was not for him. Alyn enlisted in the Navy on January 8, 1951, where he served two years during the Korean War on board the Destroyer USS George K. MacKenzie and two years Shore Duty in Yokosuka, Japan. After his honorable discharge from the Navy, Alyn resumed his studies: graduating from El Camino in 1957 and from the University of Southern California in 1959 with a B.S. in Accounting. After a short stint at Price Waterhouse, Alyn provided a wonderful life for his family by proudly working for Thiem Industries, a Gardena-based manufacturer in the aerospace industry, where he served as E.V.P. of Finance. With a life-long thirst for knowledge and an avid reader, Alyn received a mid-career MBA in 1978 from the executive program at Pepperdine University. After a short retirement from Thiem in the early 90’s, Alyn continued to work for over 20 years in various finance and accounting-related positions with his nephew Mark Velarde at Anthony International, Wherehouse Entertainment and Catalyst, LLC, as well as for his brother-in-law, John Moungian. Known as kind and gentle soul, he provided elder wisdom, mentoring, and friendship to the many lives he touched. Alyn thoroughly enjoyed living in Rancho Palos Verdes, overlooking the Pacific Ocean with his loving wife, Gloria. He was frequently found in his favorite chair looking at the spectacular views of the ocean, reading the paper or his latest favorite book, or sitting at his computer forwarding countless silly emails and funny pictures. Alyn had a tremendous sense of humor, was grateful for the opportunities he had to travel around the world, he loved the ocean, and was an avid USC football fan - rarely missing a televised game since 1959. Alyn and Gloria loved to support their sons’ interests, especially their travel adventures, home remodeling, photography, all things computer-related, camping, Porsche racing, sailing, flying, and countless birthday and family parties and BBQ’s. Alyn will be missed and remembered for generations. (Any fun pictures will gladly be accepted for a multimedia presentation currently being produced). Any questions, please contact Patrick Brass Bott63@yahoo.com.