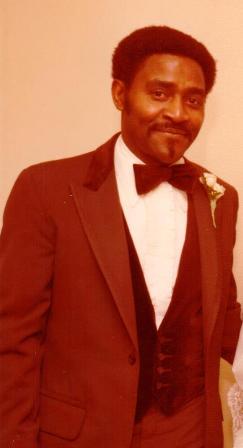 Alvin Lee Summers was born on May 11, 1932 in Fort Worth, Texas to the late Henry and Naomi Summers and passed away on July 5, 2017 in Gardena, California. Alvin attended school in Texas until he moved to Los Angeles to live with his Aunt Ruth and Uncle (Tots) Samarian. While in high school, he joined the swim team and became an accomplished diver. No doubt, his love of water is why his children and grandchildren also love it so much. Alvin enlisted in the Air Force on February 15, 1950 and served in the Korean War as an Air Policeman in the 807th Air Police Squad. After being honorably discharged in 1953, Alvin returned home and had the privilege of becoming a father and watching his family grow. He loved barbecuing, fishing, playing dominoes with his friends, listening to jazz, camping and spending time with his children and grandchildren. In addition to his parents, Alvin was preceded in death by his longtime partner, Freida Blair; sister, Naomi Smith; brothers, Clyde and George Summers; and daughter, Janice Culberson. Alvin is survived by daughters Debra Jackson, Cheryl (Will) Minor, Lydia Lackey, Alexis (Darryl) Beard, and LaShaun Summers (Ronnie); sons Harvey (Ardell) Culberson, Rodney (Mabel) Culberson and Byron K. Blair; former spouse, Juanita Harrison; nieces Karen Smith, Karyl (Keith) Jefferson, Lavonne Summers and Kathy Summers; and nephew Clyde Summers II. His memory will also be deeply cherished by 23 grandchildren, 16 great grandchildren, 2 great great grandchildren, as well as extended family and close friends. Alvin’s family wishes to express their deepest gratitude to everyone for your prayers and kindness during our time of bereavement.