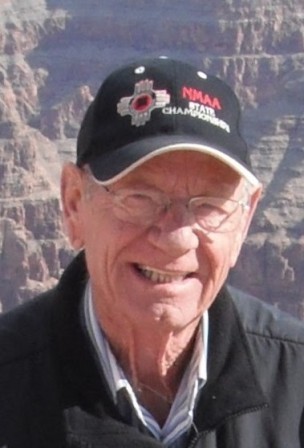 Alvan Edward (Pete) Farrow, 81, of Tucumcari passed away on the evening of February 20, 2016 at the Torrance Memorial Medical Center, in Torrance, California as a result of multiple organ failure. He passed away peacefully, surrounded by his family. We all cherish his memory. Pete leaves behind his beloved wife and best friend of 58 years, Shirley; three sons, Douglas and wife Maria, Kurtis and wife Paula, and Kenny and wife Angela; two daughters, Debbie McGreal and husband Bob and Karlene Mowles and husband Jim; ten grandchildren; Steven, Craig, and Monica McGreal; Alexander, Juliana, and Timothy Farrow; Isabella Farrow; Matthew and Olivia Farrow; Kaitlin Mowles; one great grandchild, Peter McGreal; and siblings, William (Atley) Farrow, Homer Farrow, Juanita Abercrombie, and Phyllis Welch. He is preceded in death by his parents, William and Ona (McDaniel) Farrow. Pete was born in Tucumcari, New Mexico on December 27, 1934. He was raised on a dairy farm, where he grew to be the humble, warmhearted hero we all looked up to. He graduated from Tucumcari High School in 1953 and then honorably served in the US Army. After returning to New Mexico, he met and married the love of his life, Shirley Bice, in Santa Fe on June 27, 1958. Together, they raised a beautiful family. Pete was always a strong and self-reliant man. He worked for 35 years as a lineman for Mountain Bell (now Quest Communications) while living in Santa Fe, Raton, Taos, and finally Tucumcari. After retiring, Pete raised a small herd of 50 cattle, selling his last cow just one year ago. Loved by all in his community, Pete coached Little League Baseball and enjoyed his lifetime membership at the Tucumcari Elks Lodge. A private service for immediate family is being planned. "See you one day" - Pete Farrow (1934-2016)