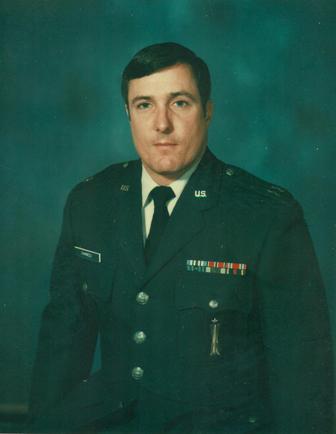 Allen Wesley Chamness – US Air Force Major Retired Allen Wesley Chamness, 64, of Torrance, California, died Friday, May 27, 2016, in the Providence Little Company of Mary Medical Center, in Torrance. He was born June 25, 1951, in Portsmouth, Virginia. He was the son of Howard Dempsey Chamness who was born in Wilson, Carter County, Oklahoma and Edith Lois Brinkley who was born in Watha, Pender County, North Carolina. He moved as a young child with his family from Virginia to Las Cruces, New Mexico, where he graduated from Las Cruces High School and New Mexico State University and through ROTC went into the US Air Force. He retired from the US Air Force as a Major. Since retirement he remained in the Los Angeles area. He worked as an independent representative of Primerica Financial Services. In addition to his parents, Wes was preceded in death by his sister, Patricia Lynne Chamness. Survivors include his half-brother, Alvin "Butch" Wiley and his wife Barbara; Aunts and Uncles Virginia Ward; Rodney Chamness and his wife Cathy; Lynda Chamness Johnston and her husband Wilburn "Shug" Johnston; and a loving long-time girlfriend, Navy Chan. There will be a graveside military service at the Riverside National Cemetery, in Riverside, California, on Thursday, June 16th at 2pm.