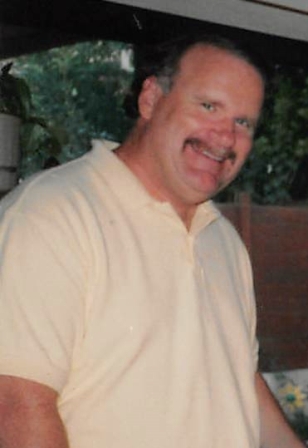 Allen Thomas Johnson, passed away on Sunday, September 17, 2017, in Hawthorne, CA. He lived most of his life in Hawthorne. He graduated from Hawthorne High in 1975 and completed one year at El Camino College. He then completed four years as an electrical apprentice and from 1980 through 2004 he was an electrician through IBEW Local 11 in Westchester. He became employed by Los Angeles City at LAX as an electrician in September 2005 and was employed there until his death. Allen loved music. He made CDs for his family and friends of music he composed. He had sophisticated equipment that made it sound like a whole band was playing the music. Baseball was his favorite sport. He participated in little league growing up and then settled on being a fan of the Los Angeles Angels and the Chicago Cubs. Seeing the Cubs win the World Series in 2016 went a long way to cheer him up as he fought complications from cancer which he was diagnosed with in September 2012. Allen is survived by his sisters Susan Lane, Janet Johnson, Mary Burroughs and her husband Brian and their two children Kevin and Bailey, as well as his brother Douglas. Additionally Allen is survived by Susan’s son Matthew, his wife Laura and their son Hayden; as well as Susan’s daughter Melanie Hinson, her husband Robert and their daughter Stephanie. Allen was the son of Homer Scott Johnson (originally from Sanford, Maine) and Settina Junetta Johnson (originally from Charlemont, Massachusetts). A Memorial Service will be held at Rice Mortuary on Saturday, September 30, 2017 at 1:00 pm followed by a reception in Rice's Lighthouse Reception Room from 2:00 pm until 4:00pm. In lieu of flowers, donations may be made to American Cancer Society.