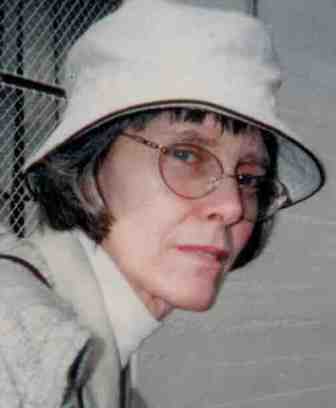 ALICE MARY VOGEL 1943 – 2014 Alice Mary Vogel was born in Rockford, Illinois on April 6, 1943 and died in Los Angeles on January 30, 2014. Alice was born to James A. Vogel and Helen Sullivan Vogel both deceased. She is survived by one sister Janet Vogel Wakefield and brother in law Donald Roderick Wakefield, two nephews Christopher James Wakefield (Emily), Roderick Michael Wakefield (Elizabeth), and one niece Tracy Wakefield Bebb (Andrew). She also has great nephews Colin Wakefield, James Bebb, Sean Bebb, Ian Wakefield and great niece Mara Wakefield. Alice leaves behind many relatives and friends. Alice graduated from High School in Columbus, Georgia. She graduated from University of Illinois and then got her Masters at UCLA. Alice went on to get a teachers certificate and taught PE and religion in the Archdiocese of Los Angeles until 2012. Alice also coached the after school CYO sports. Alice spent her life caring for children and the poor. She was totally involved in her faith and her church. She was a founding member of the Neo-Catechumenal Way and a member of St. John the Evangelist Catholic Church. A Rosary and Vigil service will be held at St. John the Evangelist Church at 7:00 PM on Friday, February 7, 2014. A Funeral Mass will be held at St. John the Evangelist Church on Saturday, February 8, 2014 at 10:00 A.M. Burial will follow with procession to Holy Cross Cemetery in Culver City, CA.