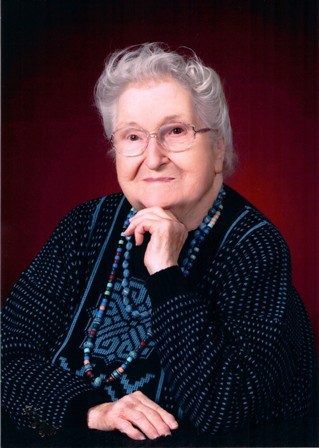 Alice Hoskins Patterson, a 93 year old resident of Redondo Beach, CA passed away on Sunday, September 13, 2015 in Lomita, CA. Born July of 1922 in Fullerton, CA, she lived throughout California from Orange County to the Central Valley, raising her family here in the South Bay. During WWII she was a Staff Sergeant as an Air Operations Specialist in the Army, honorably discharged December of 1945. After receiving her bachelor's degree from CSULA she started her teaching career in 1952. She was a member of the United Methodist Church, believed in God and Jesus as our Christ and is now with Him. Alice is survived by daughter Madge Patterson with her husband Dwayne Olson; son Joseph Patterson with his wife Jeanette Scott; grandchildren Nitara Tigre, Jakob Patterson, Katharine Patterson, Henry Patterson; and step-grandson Keith Olson. She was preceded in death by her husband Charles Patterson. In lieu of flowers, donations may be made to the Alzheimer's Association.