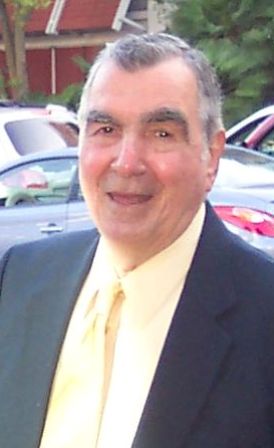 Alfred was born in West Warwick, Rhode Island on October 21, 1929. Alfred was one of 11 children. He was from a large Italian Catholic family and attended St. James Catholic school where he served as an altar boy and also a Boy Scout there .When just a young teenager he received his drivers license at the barber shop on main street with the help of his father Steven. At the age of 17, he followed his brothers by joining the military where he served his country, in the Navy, on the USS Missouri and USS Columbus. After leaving the service, he came back home to West Warwick where he met his wife, Marie, at their workplace Arden Jewelry in Providence, Rhode Island in 1955 and they were wed the following year on November 3, 1956. This providential meeting lead to love, marriage, eight children and four grandchildren. He moved to California with his new bride on March 8, 1957. They had been happily married for 56 years. In 1959, Alfred started his new career in Hollywood. He was hired by MGM Studios for the security department. It was to be his favorite job. He once told his son, "I would work there for free, that's how much I love the job." He worked at the studio for over 22 years and during those years he met many famous people on a daily basis- most notable: Elvis Presley, Grace Kelly, Fred Astaire, Gene Kelly, Betty Davis and watch some onstage during filming. Alfred, himself, was bitten by the acting bug and became a member of the Screen Actors Guild. He had appeared both in motion pictures and television as a character actor and co-starred with Burt Reynolds, Goldie Hawns, Sylvester Stallone, Ann Margaret, amongst many others. On the NBC-TV series "Supertrain" he played the role of the New York desk sergeant. Besides working at MGM studios, he also did other work in Hollywood - every year, during Oscar season, Alfred was a featured guest on the Sonny Melendrez Show, on KMPC Radio. On this show he would give his predictions of the Academy Award winners. He was highly accurate in his predictions of who would win and for this reason he was featured on the show year after year for his Oscar predictions and his inside knowledge of Hollywood. It was on this show that Alfred was called the UNKNOWN CELEBRITY. He also served as a security guard for the Oscars. Every year, you can also see Alfred on the tribute to Marilyn Monroe on A&E. He is the security guard standing next to her open casket during her funeral. He also once served as a security guard for Frank Sinatra and was given $100 tip by "old blue eyes" himself. Alfred loved life. He was a man of Faith and he loved his family. He was full of fatherly wisdom and was a man of hope. When things looked bad he would say, "Don't worry, things will get better. Something better is just around the corner." He never missed going to Sunday Mass and was an inspiration to those who knew him well. He was very happy to be able to travel to the Vatican and see the Pope and to go to Lourdes and Fatima. His love of travel took him to Italy, France, Switzerland, Spain, Portugal, Canada, Mexico, Africa, Greece, England, Turkey, Belgium and Las Vegas. He was an expert of animals. He watch so many wild animal shows that he developed a vast knowledge of animals their habitat and behavior. Alfred was a devoted husband and father. He was a hard worker. At times, he worked two jobs to support his family. He also made sure he sent his children to Catholic school so they can get a good foundation to live the Christian life. Alfred made sure he attended important events for his children's such as: Baptisms, Holy Communions, Confirmations, school plays, award ceremonies, graduations and weddings. Every year, Alfred would take his family on vacation in the mountains to Twin Peaks, Bluejay, Lake Arrowhead and sometimes surprise trips. He also took his family by car from California to Rhode Island on a couple of occasions and to Washington DC. He was a man of tradition. Alfred loved his family - when asked once, 'what was his greatest accomplishment?', he said, "His greatest accomplishment was his family!"