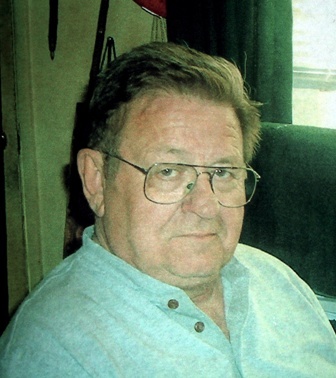 Alfred Leroy Lay October 5, 1936 - October 7, 2015 A Renaissance Man Alfred (Al) Leroy Lay passed away peacefully at home and surrounded by family in the early morning hours of October 7, 2015. He was 79. Al was born October 5, 1936, in Chicago, Illinois, to parents Muriel (Halley) and Alfred Alois Lay. Born with pan-hypopituitarism, he participated in research at the University of Chicago and overcame the dismal odds of the disorder. In the process he helped future generations of children born with this rare condition. Always the scholar, he graduated from Parker High School in 1954 as the valedictorian of his class. He earned his bachelor's degree in chemical engineering from Purdue University in Indiana and, later on, his master's degree in counseling psychology from Ryokan College. After graduating from Purdue in the 1960s, his adventurous spirit led him abroad, sailing the Atlantic and traveling through Europe, the Mediterranean, Turkey, Afghanistan, Pakistan, India, the Himalayas, Southeast Asia, Japan, and South Korea. A gifted writer and artist, he documented his travels through poetry and photography. He returned to the States for a brief time, but soon found work overseas as a chemical engineer in South Korea, where he met his soon-to-be-bride Suni Min Lee. After returning to the United States, he and Suni eventually settled in Manhattan Beach, raising two children and working for more than 50 years as a chemical engineer for many local and global contractors and companies including Unocal, Exxon-Mobil and Chevron. He devoted his life to his family, friends, work, and passions, including music, art, military and geo-political history, psychology, chess, woodwork, and collecting pipes. He read voraciously and evermore contemplated and sought answers to life's greatest mysteries and complexities, always ready and willing to lend an ear to anyone in need. In his later years, he mastered the art of beer brewing, following in the footsteps of his great-grandfather, a master brewer in Germany. A passionate, down-to-earth and caring man, Al always sought a better life for himself, his family, friends, and those in the world around him. He is survived by his wife, Suni; daughter, Aimee Lay; son, Alfred Alan Lay (wife, Mary); sister, Carole Clevenger; and brother, Robert F. Lay (wife, Fran). A funeral service will be held on Friday, Oct. 23, 2015, at noon at the Pacific Crest Cemetery Chapel, located at 2701 182nd St. in Redondo Beach. The family will receive friends from 11 a.m. to noon, prior to the service at the chapel. Interment will follow the service at the cemetery. Flowers may be sent to Pacific Crest Cemetery the day of services.