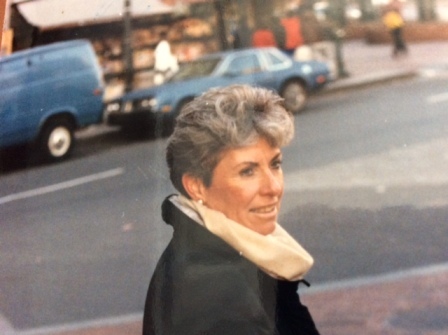 Alexandrina Mary "Rena" McAfee Rena McAfee, a long term resident of Manhattan Beach died at her home after a long and gallant struggle with pancreatic cancer on June 27, 2016. She passed from this life feeling the ocean breezes that she adored so much living her life close to the beach and the ocean. Rena was born Alexandrina Mary Dignan in Brooklyn, New York on August 13, 1942, the second of three children and only daughter of Peter and Isabelle Dignan. Both Peter and Isabelle were immigrants from Scotland and Rena was always proud of her Scottish heritage. In the mid "40s" the Dignan family emigrated yet again; this time to Hermosa Beach, California and the "beach" has always been Rena's home. Rena attended Redondo Union High School where she graduated in 1960. During her high school years she began meaningful friendships that were always with her in good times and not so good times throughout her life. After graduation from Redondo Union she went to work for North American performing a variety of administrative functions as so many young people did in the heady days of the Southern California aerospace industry. In 1969 Rena married Michael McAfee and they built a home in Manhattan Beach. She left North American and began employment with Computer Sciences Corporation (CSC) again in an administrative capacity. At the time, CSC was a pioneer in the computer software industry. Rena became well known to the founders and management of CSC and migrated over time to manage the company's pension and benefit programs. In 1971 she took a leave of absence from CSC and gave birth to her son Matthew. She was a "stay at home" mom raising her son until she returned to CSC in 1975. Rena and Mike McAfee were divorced in 1985 and tragically, their son, Matthew, passed away in July 2006. Over her career with CSC Rena progressed up the management chain with increasing responsibilities for the company's growing and complicated pension and benefit plans. She did this successfully without any thought to the so-called "feminist movement" or other social diversions. She was just good at what she did! She retired from CSC in 2001. Rena will always be remembered as a fun loving person who loved to dance but she was also a devotee of the theater and other cultural activities. By far, her greatest joy was walking on the Strand along the beach where, along the way, she would pause, rest and reflect on her son Matthew McAfee's memorial bench. Every minute of her life had a purpose! Rena's parents Pete and Isabell, her older brother Pete and his son Mike Dignan predeceased her in death. She leaves behind her younger brother John Dignan and his wife Myrna in San Diego, her sister-in-law Patricia Dignan and her daughter, and Rena's beloved niece Lisa Dignan Christianson in Albuquerque, NM. She also leaves behind her friends and professional associates she treasured over her lifetime. Rena was a founder and officer of the non-profit foundation established in honor of her son, Matthew, to help children throughout Southern California. In lieu of flowers it would be appreciated if contributions be made to the MattMan SurfKids Foundation, PO Box 1175, Manhattan Beach, Ca. 90267 or to the WEB site mmskf.org.