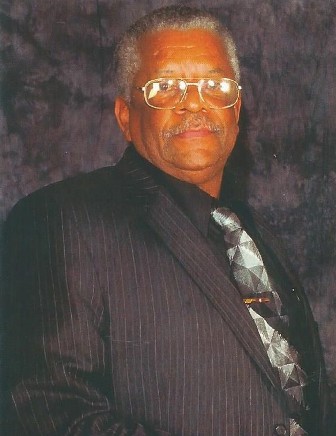 Alcee Louis Blackwell Jr. (Butch) of Los Angeles, California was born February 20, 1944 in Roseland, LA to Alcee and Alma Blackwell. As a child Alcee was often mistaken as shy, but once he opened up he could talk for hours. He attended Freemont High School. Alcee and his eleven siblings were the highlight of 29th and Normandie. All the neighborhood knew “The Blackwell Family.” Alcee and his brothers learned how to dismantle and rebuild cars from their father who taught them auto mechanics. Chevrolet was Alcee’s car of choice. His hobby however, was purchasing all makes and models to rebuild and sell. As a young family man Alcee married Cheryl Dagley. From this union, Michael Dwayne Blackwell and Keith Elliot Blackwell were born. He later married Linda O’Bryant. together, their daughter Summer Lynn Blackwell was added to the family. On April 24, 1992, Alcee married the love of his life Nadine Oneal. From Nadine he gained another beloved nickname, Pootie. Throughout the years Alcee, Butch, Dad, Pootie or Mr. Blackwell, depending on how you knew him gained one last important nickname that he held dear to his heart, Grandad. Grandad was the name he was called by his pride and joyâ€¦.his grandchildren. Alcee, the devoted family man was the life of the party. With his joyful spirit, jolly demeanor, outlandish language, and unconventional sayings, Alcee could make anyone feel right at home. Alcee lived for family gatherings, especially in the homes of his sisters. Alcee loved food, good food, all food, fried chicken from Popeye’s and BBQ by his brother Jerry were at the top of the list. Alcee was employed as a television technician for Engles Television and Repair Company for many years, before joining the United States Postal Service in the mid 1980’s. He remained with the Postal Service through his retirement. On Saturday, March 17, 2018, Alcee enjoyed the company of family and friends and was surrounded by love. That night, while resting comfortably at home with his wife, he transitioned from sleep to eternal rest. He leaves to cherish his memory his wife Nadine Blackwell of 25 years. His children; Michael, Keith, Summer (Brian). Extended family; Reginald (preceded in death), Janice, Beverly, Tony, Kenneth, and Tonya. His brothers; Alphonse, Jerry and Dennis. His sisters; Mary, Hattie, Diana (preceded in death), Cynthia, Loretta, Vada, Clara and Laura. Grandchildren: Michael Sr.; Michael II (Imani), Jabrian, Janae, Kennedy, Cheryl, Micah and Makai Keith Sr.; Keith Jr., Kamyjah and Blayr. Janice; Tenille, Brandon Beverly; Torry, Tyler, Shane Greatgrandchild; Michael Dwayne III A host of cousins, nieces, nephews, family and friends.