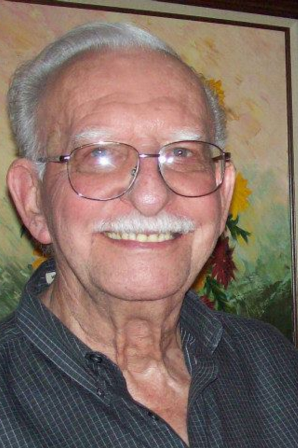 Albert "Steve" K Long, 84, passed away Sunday, July 7, 2013, in Las Vegas, Nevada. He was born in Colorado on February 18, 1929 to Bob Roy Long and Eunice Gem Besse. He was a resident of Torrance, California until he relocated to Las Vegas in 1998. He is predeceased by his parents, loving wife Helen Hollinger Long, son Alan Long and sisters Tina Travis Long and Betty Caredenas. He is survived by his sister Ruth Bibb, children Caren Dutton (Neil), Steven Long (Janet) and Cathy Cruz (Sandy), grandchildren Andrew Wallace, Jennifer Cruz, Stephanie Gray (Justin), Kimberlee Dutton, and Eric Dutton, and great grandchildren Taylor Wallace, Drew Wallace, and Morgan Cruz. Steve's passions in life were fast draw competitions, motorcycling, playing Keno and his family. His children have many happy memories of accompanying him to fast draw competitions throughout the southwest, motorcycle rides and his most notable phrase "Who Me?, Did I do that? Not Me". A viewing will be held on Friday, July 12, 2013 at Rice Mortuary, Torrance, California from 4 pm - 8 pm. Graveside service to be conducted on Saturday, July 13, 2013 at Holy Cross Cemetery, Culver City, California at 11 am.