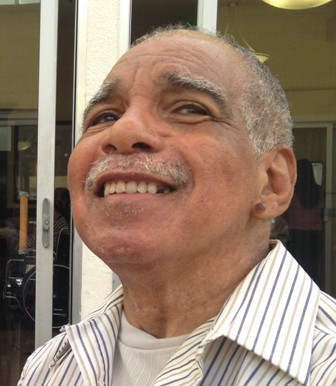 Albert Miles was born to Theodore and Margaret Miles in Kinloch, Missouri on April 3, 1934. Albert along with his siblings grew up and attended school in Kinloch. Known as "Missouri's First Black City" it was a very close knit community. In 1952 he graduated from Kinloch High School and attended Southern Illinois University where he met and married Barbara Jean Ross. From this union one child, Albert Tyrone Miles, was born in 1956. That same year, Al, as he was affectionately known, enlisted in United States Army. After basic training he was stationed in Europe. In 1957 the young family moved to Los Angeles, California although Al was still stationed in Germany. Returning to California after completing his time in the Army, Al went to work for the County of Los Angeles. Although Al and Barbara divorced, he remained a daily presence in his young son's life. His entrepreneurial spirit took over and Al became a successful business man. He owned a catering business that serviced L.A.'s elite, movie and television stars, even a President. He owned a flower shop, an antique shop, and was building a thriving real estate career. Al led an active lifestyle. He enjoyed traveling, going to the beach, the race track, or taking in a movie, theater or opera. He especially enjoyed entertaining friends and family. Spirit and faith … Growing up Al faithfully attended First Baptist Church in Kinloch, Missouri. After moving to Los Angeles Al continued attending services at various churches with family and friends. In his later years he enjoyed watching religious programs on television. In 1981 Al contracted meningitis after drinking contaminated water while on vacation in Lake Arrowhead. He lapsed into a coma. The disease spread to infect the right side of his brain. He persevered and made a long, slow recovery. However the damage was done as Al incurred permanent disabilities. His Mother Margaret moved to Los Angeles to help care for him. Years later Al also suffered a stroke. He was determined to recover, doing his exercises daily to maintain his health. Al continued to enjoy a good life for many years with the help and love of his family. The last two years as the body began to fail; his faith and spirit remained strong. Al returned to spirit midday Wednesday October 19, 2016. Albert Miles leaves his loving family to cherish memory. He is survived by his mother, Margaret Miles, son Albert T. Miles (daughter-in law Terri), brother Theodore Miles, Jr. (sister-in-law Eunice), sister Evelyn Tate (brother-in-law Sargee), sister Constance Bohannon (brother-in-law Willie), sister Peggy Davis, brother Elza Miles (sister-in-law Kimberly), sister Sharon Miles and a host nieces, nephews, cousins, extended family and friends. I'm Free Don't grieve for me, for now I'm free, I'm following the path God laid for me. I took His hand when I heard Him call, I turned my back and left it all. I could not stay another day To laugh, to love, to work or play. Tasks left undone must stay that way, I found that peace at the close of the day. If my parting has left a void, Then fill it with remembered joy, A friendship shared, a laugh, a kiss, Oh yes, these things I too will miss, Be not burdened with times of sorrow, I wish you the sunshine of tomorrow. My life's been full, I savored much, Good friends, good times, a loved one's touch. Perhaps my time seemed all too brief, Don't lengthen it now with undue grief. Lift up your heart and share with me; God wanted me now – He set me free.