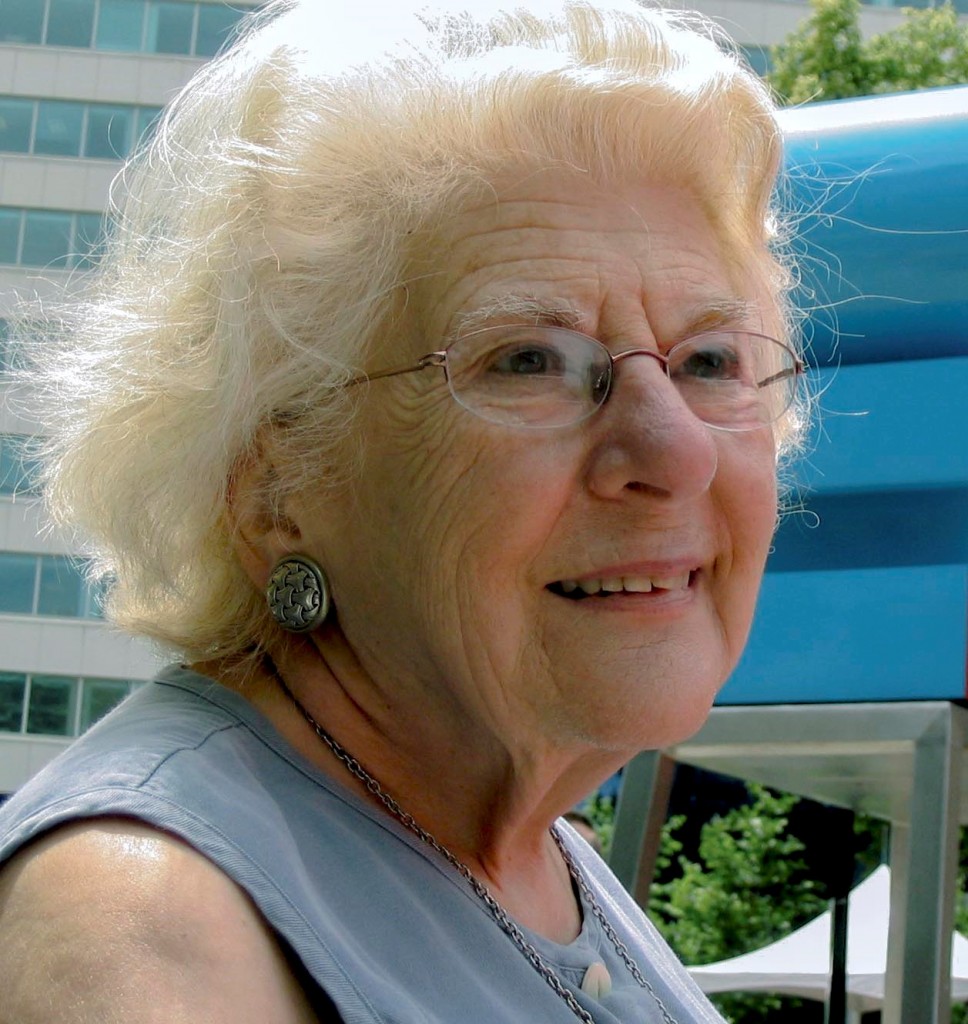 Akrevoe Kondopria Emmanouilides passed away at her home in Rolling Hills Estates on March 28, 2018 with family by her side. Mother, grandmother, sister, wife, lover of books, writing, the arts and a truly beloved friend, she was a humble and dedicated leader within the Hellenic-American community of Southern California for decades. She was born in Philadelphia on September 11, 1928 to Greek immigrant parents and started school without speaking English. Her earliest memories are of being different: a plump little girl with bright red hair, curious and precocious with a rare, obscure name and a proclivity for solitude. But she loved learning, excelled in all her studies, and graduated as valedictorian from high school at age sixteen. However, it was made clear by her traditional father that it was not necessary for girls to further their education. She settled for commercial courses, learned to type and to take shorthand. In 1945, she was hired as a secretary by the Army Liaison Officer for a project at the Moore School of Electrical Engineering at the University of Pennsylvania. At just seventeen years old, she found herself working along side mathematicians and engineers who were creating a machine that would change the world: the ENIAC - the first electronic computer. She is included in newsreels of the time announcing the revolutionary new machine. When the ENIAC was completed in 1946, she followed her employer to the Institute for Advanced Study in Princeton, New Jersey where a team led by John von Neumann was building another computer. During her three years at the Institute, she encountered some of the greatest minds of the 20th Century. She saw Albert Einstein on his daily walks and once had tea with him, observed the work of J. Robert Oppenheimer and even danced with him. She always recalled seeing T.S. Eliot on the day it was announced that he would receive the Nobel Prize. After a five-year marriage and the birth of a son, she and her boy were abruptly abandoned. In 1957 as a single mom, she met a young man reading a Greek newspaper on a Greyhound bus. George and Akrevoe were married two years later and then moved to Los Angeles in 1961 when George began his career in Pediatric Cardiology at UCLA. In rapid succession, they added four more children to the family. In Southern California, they had none of the tight knit relationships of family they had once known, but over time built a deep connection to the Hellenic-American community and St. Katherine Greek Orthodox Church. Akrevoe served as President of the Philoptochos of St. Katherine’s from 1978-1982 and was the first woman Parish Council President from 1984-1985. She greeted and welcomed countless individuals and families to the church, and her cultural booth and cooking demonstrations at the annual Greek Festival exemplified her passion to share her proud heritage to all. Among many other honors, she was the first recipient of Woman of the Year Award presented by the Hellenic Women’s Council Pacific Region in 1997. She was loved for her warm, welcoming, curious and generous spirit and was a compassionate, open-hearted listener to anyone’s story. Everyone she met was a friend. She had a deep and life-long passion for books and amassed an eclectic collection from her travels. She frequented used bookstores and always left with joy, delight, and a few new volumes. She loved to write, and had a distinctive and penetrating voice in her poems, stories, and letters. She is preceded in death by her husband, George, and survived by her children, Nicholas, Elizabeth, Christopher, Martha, and Sophia, and her granddaughters Anastasia, Nika, Chloe and Isabella. Funeral services will be held on Monday, April 2, 1:00 p.m. at St. Katherine Greek Orthodox Church, Redondo Beach. In lieu of flowers, donations can be made in her name to the Philoptochos Society of St. Katherine Greek Orthodox Church, 722 Knob Hill, Redondo Beach, CA, 90277.