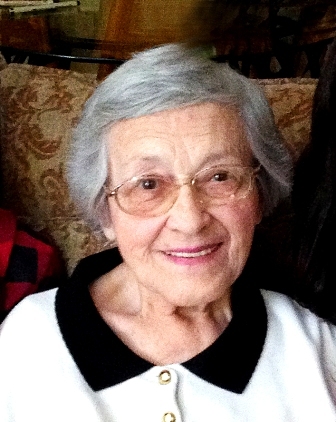 Agnes Serra It is with heavy hearts and deep sadness that we announce the passing of our sweet mother, grandmother, and friend to all that knew her. Agnes (Aggie) died at Little Company of Mary Hospital on Saturday, July 4, 2015 at 12:25pm. Born in Greensburg, Pennsylvania, she was 88 when she passed. She was married to Carl Serra on June 1, 1946 and shortly thereafter moved to California. She worked at TRW in Redondo Beach for 33 years and she was a 60 year member of the Sons of Italy Centinela Valley Lodge #1991, which she loved so dearly, along with the many friends she made there through the years. Agnes is preceded in death by her husband Carl, of 59 years, as well as six brothers and sisters. She is survived by son Carl of Visalia; daughter Gloria of Torrance and four grandchildren: Nicole, Ryan, Ben, and Krista. Often described by others as the sweetest person they had ever met, Agnes will always be remembered for her kind heart, warm smile, and as a person that saw the good in everyone. She will be deeply missed and remain in our hearts forever. A gathering of family and friends will be held at Rice Mortuary in Torrance on Thursday, July 9 from 4:00 pm until 8:00pm with a Rosary at 7:00pm. A Funeral Mass will be held at St. James Catholic Church in Redondo Beach on Friday, July 10 at 10:00am. Burial will follow at Holy Cross Cemetery in Culver City. In lieu of flowers, donations can be made to the Sons of Italy, 1744 W. Carson St. Torrance, 90501, towards a scholarship fund in memory of Agnes or to the Society To Aid the Retarded (S.T.A.R.).